There will be no TTC subway service on Line 1 between St George and King stations on Saturday, March 16 and Sunday, March 17. Shuttle buses will be operating. To get to the Four Seasons Centre by TTC, you can either go south on the Yonge line to Queen Station and walk or take the streetcar from there or take a shuttle bus south from St George or north from Union. For more information visit ttc.ca

Few books of any kind are as unique and have left such an imprint on culture as Lewis Carroll’s Alice’s Adventures in Wonderland. Beneath its surface blend of fantasy, nonsense, outlandish characters and a vivid dreamworld—an irresistible blend, especially for children—the book has a subterranean reach extending into the realms of philosophy, language, psychology and even mathematics. This has always made it an attractive text for other creative artists and choreographers are no exception.

The renowned British choreographer Christopher Wheeldon has brought his distinctive and imaginative sensibility to Carroll’s inimitable tale and created a ballet like no other. Merging his trademark neo-classical style with the wild variety of movement afforded by Carroll’s characters, Wheeldon, along with composer Joby Talbot and set and costume wizard Bob Crowley, has shaped a visual and choreographic extravaganza that appeals to both children and adults. Lavish, startling, hilarious and boldly original, Alice’s Adventures in Wonderland is a theatrical celebration of the liberating power of one of the great texts of childhood—and of all time. 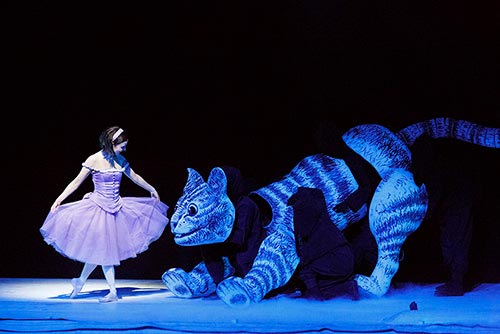 Alice by the Numbers

“Alice is a monumental piece of dance art. The lavish combination of choreography, projections, sets, costumes and original music is a veritable assault on the senses. To further gild the lily, the company dances up a storm. The dancers have never looked better and there is strength in the ranks.” — The Globe and Mail,

“An exhilarating spectacle that combines the ‘wow’ factor of a hit Broadway show with stagecraft wizardry that would be the envy of Robert Lepage... A landmark theatrical event not to be missed.” — Maclean’s Magazine

“Alice’s Adventures in Wonderland explodes with bright ideas… full of visual delights inspired by the book.” — The Washington Post

A co-production of The National Ballet of Canada and The Royal Ballet (UK). 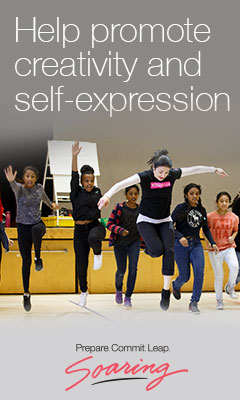