In his 2013 work Paz de la Jolla, New York City Ballet dancer and Resident Choreographer Justin Peck has created a heartfelt and sun-washed homage to his southern California upbringing. Set to Martinů’s Sinfonietta la Jolla, the ballet is a gorgeously conceived, sweet-natured billet-doux to beach life and young love, the choreography both brisk and languid, salty and sensual, rich in emotional undercurrents and evocative of the pleasures and fears of youth and coming of age.

National Ballet Principal Dancer Guillaume Côté has always brought to the many roles he has performed an unstinting spirit of passionate exploration and emotional honesty. As a Choreographic Associate with the company, those same principles apply. In Being and Nothingness from 2015, he finds in his source material, Jean-Paul Sartre's landmark philosophical work of the same name, questions of freedom, the nature of selfhood and the meaning of existence and illuminates those abstract ideas in his highly expressive, richly physical choreographic style.

Lead philanthropic support for Being and Nothingness is provided by an anonymous friend of the National Ballet, The Volunteer Committee of The National Ballet of Canada and The Producers’ Circle.

For more information, and to purchase tickets, visit the Context festival website. 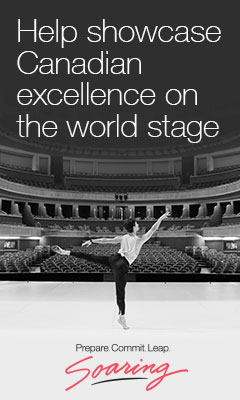