A frothy blend of whimsical comedy, romance and the delights of the Parisian Belle Époque in all its effervescent splendor, The Merry Widow is popular ballet at its finest. Based on the 1905 operetta of the same name by Franz Lehár, The Merry Widow sets out to entertain and amuse at every step and never puts a foot wrong.

The story imagines a fictional Balkan principality, Pontevedro, which is on the brink of economic disaster. In an effort to prevent certain ruin, a charming but raffish Pontevedrian aristocrat, Count Danilo, is persuaded to woo and marry a rich and sophisticated widow, Hanna Glawari, before she can marry a foreigner. Amid the inevitable plot complications and madcap misunderstandings, we learn that Danilo and Hanna had been childhood sweethearts, before Danilo abandoned Hanna, who was then an innocent peasant girl.

Playful and insouciant, comically buoyant and a perennial crowd-pleaser, The Merry Widow was premiered by The Australian Ballet in 1975 and entered the repertoire of The National Ballet of Canada in 1986.

"The Merry Widow is a ballet to lose yourself in. Full of glamour, passion and romance, this is a ballet that sweeps you away to another time and place." The Buffalo News 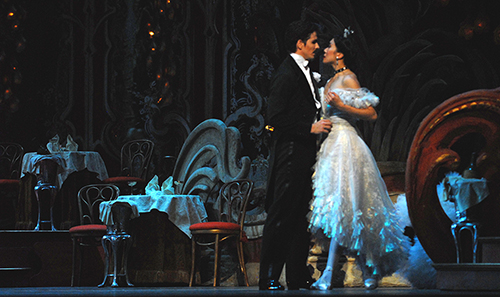 "As sensuous and finely balanced as an art nouveau vase.... with graceful adherence to the formula of story ballet, careful structure, stylish sets and costumes... and a slick orchestral reworking of the Franz Lehár score." — The Globe and Mail

“The Merry Widow has dozens of moments of pure delight… Unlike too much champagne, there is one indulgence that won’t leave you with any regrets the morning after.”  — The Ottawa Citizen

“The National Ballet of Canada’s The Merry Widow is classic ballet at its best… Ronald Hynd’s choreography is witty, the performance is polished…leaves one feeling that the more than two hours simply go by too fast.” — The Ottawa Citizen

Produced by kind permission of The Australian Ballet

Original book and lyrics by Victor Leon and Leo Stein

The Merry Widow entered the repertoire through the generosity of The Volunteer Committee, The National Ballet of Canada, joined by the Rotary Club of Toronto. 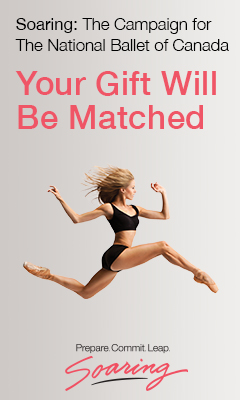