Content Warning: A Streetcar Named Desire contains adult themes and controversial elements, such as sexuality, sexual assault, suicide, violence, and alcoholism. The sound of gunfire will be used in this performance as well as the use of camera flash, e-cigarettes and suggestive language.

Not recommended for audience members under the age of 14.

Tennessee Williams received the Pulitzer Prize in 1948 for his gritty Broadway play, A Streetcar Named Desire. Richly characterized and simmering with violence, the story follows the demise of Blanche DuBois, a southern belle transplanted in a hostile, impoverished landscape she cannot accept. John Neumeier, the brilliant Director and Chief Choreographer of The Hamburg Ballet, created a striking adaptation of Streetcar for ballet in 1983, forgoing chronology to delve deep inside the mind of the play’s tortured heroine.

Blanche DuBois travels from Laurel, Mississippi to New Orleans to live with her sister Stella following the loss of their family plantation, Belle Reve, and the suicide of her young husband, Allan. Stella lives in a dilapidated apartment with her husband Stanley Kowalski, whose brutish behaviour is a foil for Blanche’s affectations. Their clash culminates in assault and escalates Blanche’s mental deterioration until she is committed to an asylum. 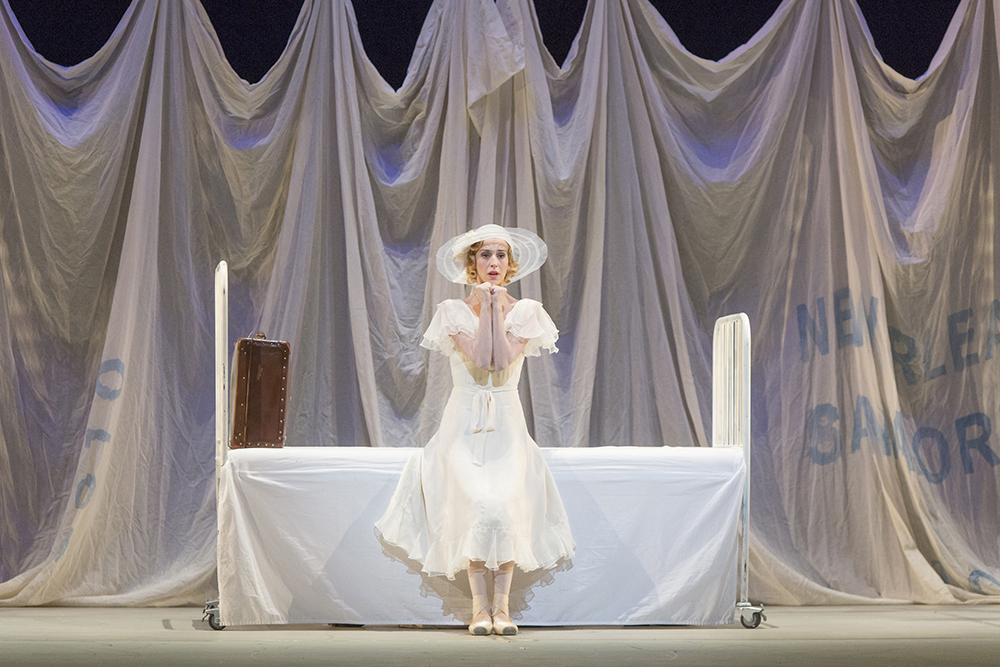 Born in Milwaukee, John Neumeier is a leading international choreographer with a diverse body of work, much of it focused on preserving ballet tradition within a modern dramatic framework. He was a dancer with Stuttgart Ballet and Director of Ballett Frankfurt before joining The Hamburg Ballet as Director and Chief Choreographer in 1973.

Russian-born Sergei Prokofiev was one of the major composers of the 20th century, best known and celebrated for his symphonies, concerti, film music, operas, piano sonatas and ballets, most notably Cinderella and Romeo and Juliet, which is considered one of his greatest works.

Alfred Schnittke was a Russian composer renowned for developing the technique of “polystylism,” by which he juxtaposed elements from different musical periods. His vast oeuvre includes symphonies, concertos, film scores and the ballet Peer Gynt.

“Neumeier's work is full of atmosphere, pathos and affecting choreography” — The Globe and Mail

“A Streetcar Named Desire is exciting, provocative and raw. It will take your breath away.” — BroadwayWorld.com

“John Neumeier’s A Streetcar Named Desire reminds us what a dramatic storyteller the great choreographer truly is. Neumeier has taken the essence of the Tennessee Williams play and explored its backstory” — Ballet Review

*Debut
All casting is subject to change.

A Streetcar Named Desire is made possible by the generous support of The Catherine and Maxwell Meighen Foundation and The Producers’ Circle.