Rejoice in the thrill and beauty of movement with excerpts from two recent additions to The National Ballet of Canada repertoire: William Forsythe’s supercharged exploration of classical choreography, The Vertiginous Thrill of Exactitude and the first movement of Justin Peck’s breezy ode to California, Paz de la Jolla. Together, they exude the warmth and liveliness of spring, and reinforce the sheer pleasure of dance. 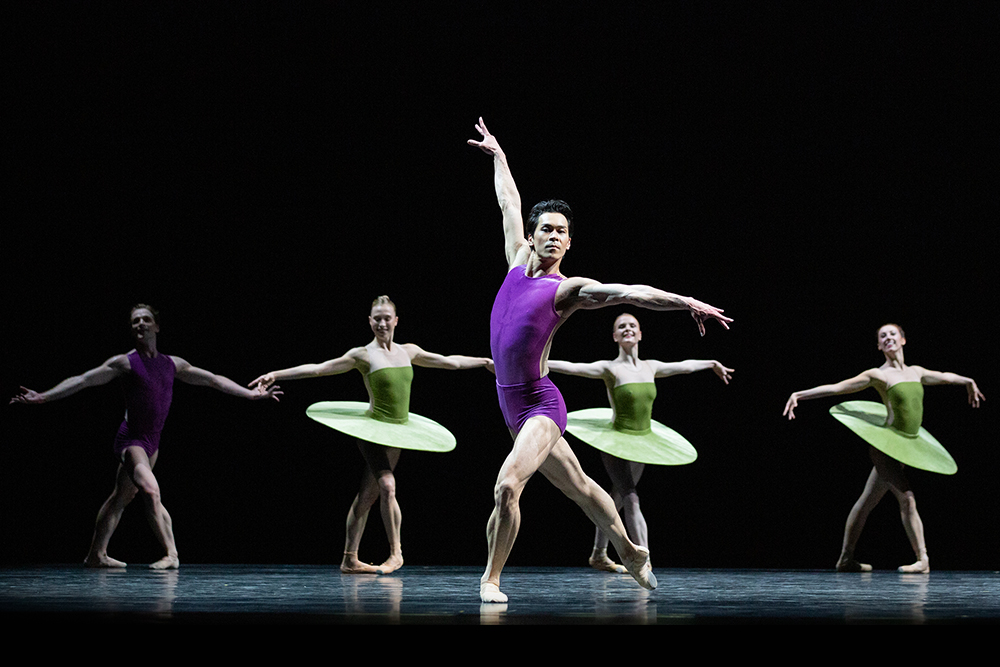 The Vertiginous Thrill of Exactitude is a compact, virtuosic ballet in which William Forsythe honours and experiments with the great classical choreography of the past. Speed and accuracy are its hallmarks. In just 11 minutes, five dancers perform a cascade of brilliant footwork and stylistic quotes of August Bournonville, Marius Petipa and George Balanchine. Created in 1996, The Vertiginous Thrill of Exactitude is set to Franz Schubert’s Allegro Vivace from Symphony No.9 in C-Major, D944.

William Forsythe is a prolific and hugely influential dance creator whose works are performed around the world. He was named Resident Choreographer of Stuttgart Ballet in 1976, served as Artistic Director of Ballett Frankfurt (1984 – 2004) and founded The Forsythe Company (2004 – 2015).

One of the great composers of the early 19th century, Franz Schubert created an enormous repertoire of work in his short life. Today, he is recognized for bridging the late Classical and early Romantic periods with his vocal music, chamber music, symphonies, works for solo piano and more. 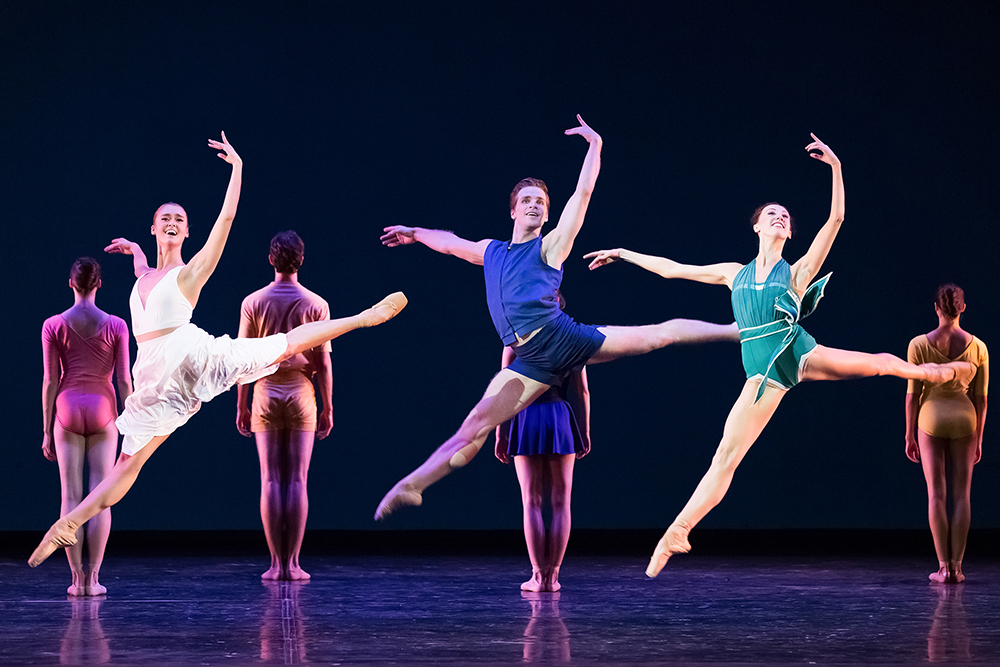 Justin Peck created Paz de la Jolla for New York City Ballet in 2013, paying homage to his childhood hometown in Southern California. The ballet evokes a youthful sense of possibility with its sunny, beachside setting, where a pair of lovers and a spirited woman frolic along the shore. But the scene also gestures toward darkness or mystery and the inevitable end of innocence. Paz de la Jolla draws its name from the music of Bohuslav Martinů, the Sinfonietta la Jolla, to which it is set.

Justin Peck is a Tony Award-winning choreographer, director and dancer. In 2014, he became the second person in history to be appointed Resident Choreographer of New York City Ballet. He has created new work for diverse and prestigious organizations around the world, including Paris Opéra Ballet, the Guggenheim Museum and the L.A. Dance Project.

Born in 1890, Czech Composer Bohuslav Martinů was enormously prolific throughout his career, creating hundreds of works in multiple genres. Martinů was among the multitude of European refugees who fled to the US at the outbreak of World War II. His six symphonies were among his most popular works, all performed by major US orchestras.

Lead philanthropic support for The Vertiginous Thrill of Exactitude is generously provided by Sandra Simpson, an anonymous friend of the National Ballet and The Estate of Douglas Gardner, with additional support from The Producers’ Circle.

Lead philanthropic support for Spotlight Series is provided by The Walter Carsen New Creations Fund, with additional support from The Producers' Circle.