Principal Dancer and Choreographic Associate Guillaume Côté continues his longstanding investigation of physicality, music and film in a new work that takes on the concept of Gestalt, the idea that we perceive the world in terms of organized “wholes” or patterns informed by smaller interactions we do not process individually. The piece unfolds within a complex yet experiential soundscape by Thom Yorke of Radiohead fame. 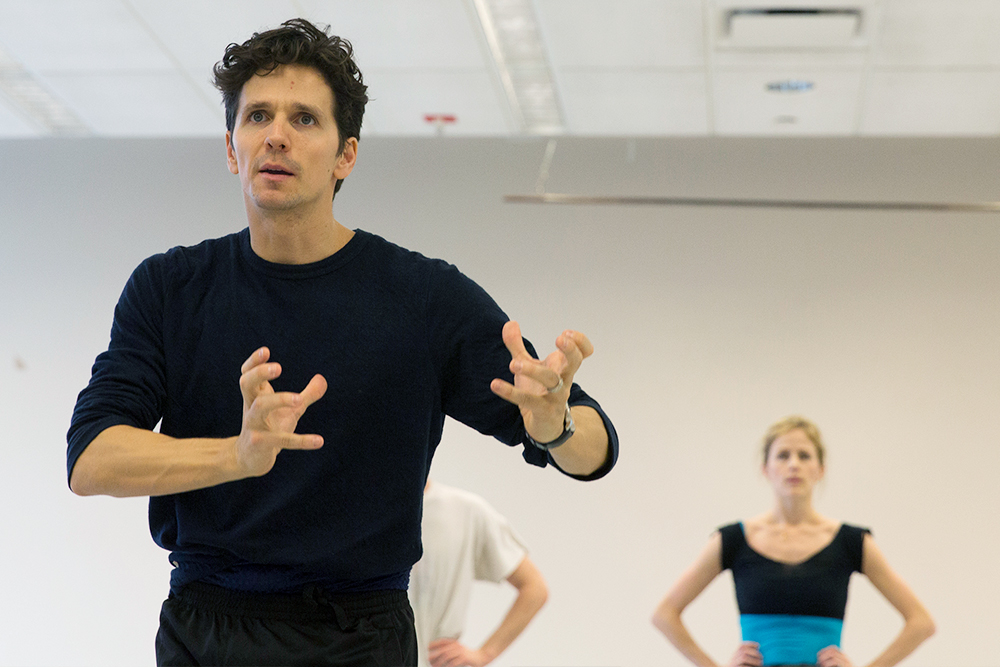 Guillaume Côté with Artists of the Ballet in rehearsal. Photo by Aleksandar Antonijevic.

Guillaume Côté joined The National Ballet of Canada in 1998. He became a Principal Dancer in 2004 and was appointed Choreographic Associate in 2013. His choreographic works include Frame by Frame, Being and Nothingness and Le Petit Prince, his first full-length ballet. Guillaume is also Artistic Director of the Festival des Arts de Saint-Sauveur.

Thom Yorke is an English musician best known as the vocalist and songwriter for the alternative rock band Radiohead. His debut solo album The Eraser was nominated for the 2006 Mercury Music Prize and the Grammy Award for Best Alternative Album in 2007. Anima, his third solo album, was released to critical acclaim in 2019.