Trailblazers honours the work of Canadian innovators with excerpts from Guillaume Côté's moving collaboration with Robert Lepage, Frame by Frame, Aszure Barton’s mesmerizing ballet Watch her and Marie Chouinard’s refreshing 24 Preludes by Chopin. All were created or acquired during Karen Kain’s tenure as Artistic Director, part of her commitment to expand the repertoire to include exciting new work by Canadian artists. The live performance footage in this film was captured before the pandemic. 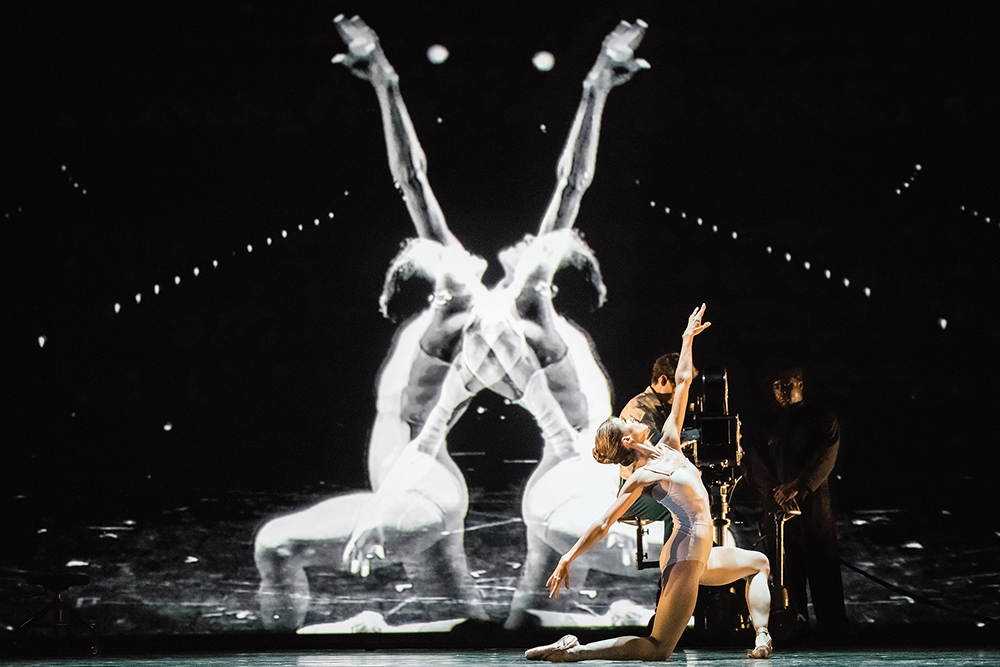 Heather Ogden in Frame by Frame. Photo by Karolina Kuras.

Under the direction of Robert Lepage, Frame by Frame pays homage to Canadian filmmaker Norman McLaren, whose pioneering advancements in animation led to a prolific career with the National Film Board of Canada and influenced filmmakers worldwide. With choreography by Principal Dancer and Choreographic Associate Guillaume Côté, Frame by Frame premiered in 2018 as a series of vignettes on McLaren’s life and work, interspersed with footage from his ground-breaking films.

Robert Lepage is one of Canada’s most versatile and esteemed theatre artists. His original approach to theatre has won him international acclaim, particularly for his use of new technologies. He is the recipient of the Governor General’s Performing Arts Award for Lifetime Artistic Achievement and was made a Companion of the Order of Canada.

Guillaume Côté joined The National Ballet of Canada in 1998. He became a Principal Dancer in 2004 and was appointed Choreographic Associate in 2013. His choreographic works include Fractals, Being and Nothingness, Le Petit Prince and the short film, Lulu. Guillaume is Artistic Director of the Festival des Arts de Saint-Sauveur.

Antoine Bédard is a Canadian musician specializing in electronic music, which he records under the name Montag. He has released several albums, toured internationally and collaborated with theatre directors and choreographers including Robert Lepage, Chris Abraham and Dana Michel. 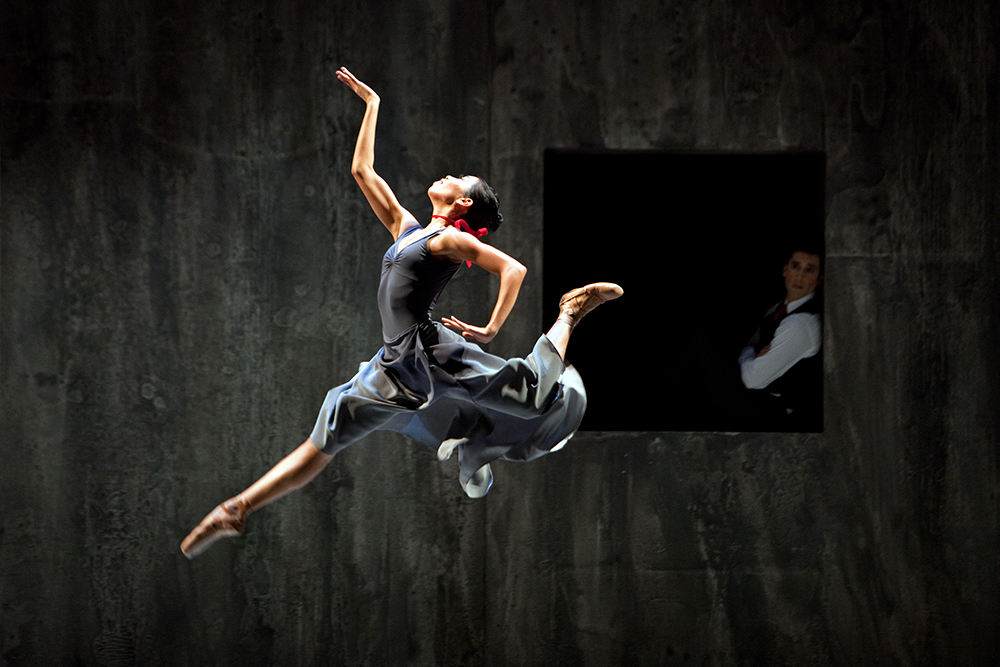 Jenna Savella and Jonathan Renna in Watch her. Photo by Cylla von Tiedemann.

A large cast of dancers performs this rich and haunting work by Edmonton-born Aszure Barton, created for The National Ballet of Canada in 2009. From the singular experiences of watching and being observed, Watch her spirals out to encompass gothic-like themes of obsession, miscommunication, mystery and fear. With tailored, monochrome costumes by Yannik Larivée and music by Lera Auerbach, Watch her externalizes the psychology of watching in a choreographic language that is detailed, arresting and complex.

Born in Edmonton, Alberta, Aszure Barton is a graduate of Canada’s National Ballet School. Barton tours globally with her international dance project, Aszure Barton & Artists. As a choreographer she has created works for Mikhail Baryshnikov, American Ballet Theatre, Teatro alla Scala, Alvin Ailey American Dance Theater, English National Ballet and Nederlands Dans Theater among many others. As an educator, Barton has taught at the Juilliard School, Harvard University and is currently a faculty member at the Glorya Kaufman School of Dance at the University of Southern California.

A renaissance artist for modern times, Russian-born Lera Auerbach is a widely recognized conductor, pianist, and composer. She is also a published poet and an exhibited visual artist. Auerbach has become one of today’s most sought after and exciting creative voices. Her performances and music are featured on the world’s leading stages – from Vienna’s Musikverein and London’s Royal Albert Hall to New York’s Carnegie Hall and Washington D.C.’s Kennedy Center. In 2007, The World Economic Forum in Davos, Switzerland selected her as a Young Global Leader and since 2014, she serves as a Cultural Leader. 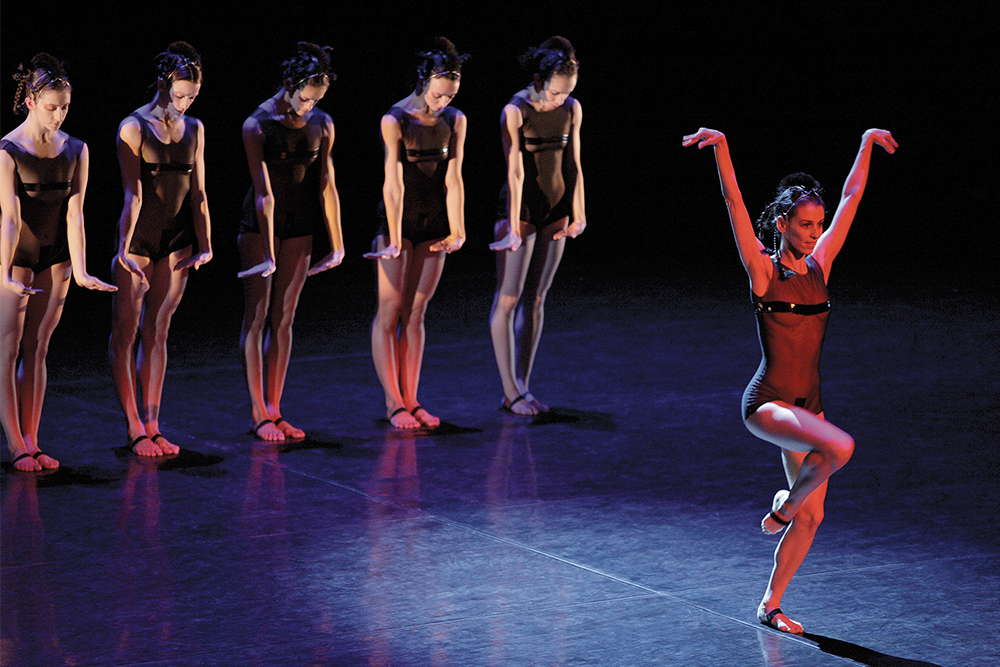 Sonia Rodriguez with Artists of the Ballet in 24 Preludes by Chopin. Photo by Bruce Zinger.

Solo performer and choreographer Marie Chouinard is the Executive and Artistic Director of Compagnie Marie Chouinard, which performs her bold, iconoclastic works all over the world. Among her many honours and awards are the Ordre national du Québec in 2015 and The Governor General’s Performing Arts Award for Lifetime Artistic Achievement in 2016.

Assistant to the Choreographer:
Anne Mueller

Frame by Frame is a collaboration between The National Ballet of Canada, Ex Machina and the National Film Board of Canada.

Lead philanthropic support for Frame by Frame is generously provided by The Walter Carsen New Creations Fund, with additional support from First Plazas Inc. in memory of Avie Bennett, The Catherine and Maxwell Meighen Foundation, Rosamond Ivey, The Hal Jackman Foundation and The Producers’ Circle.

*Created in collaboration with the Artists of the Ballet

Watch her is generously supported by Walter Carsen, O.C.

24 Preludes by Chopin is a gift from The Volunteer Committee, The National Ballet of Canada.