The National Ballet of Canada’s virtual season kicks off with Expansive Dances, a series of three solos created in isolation by the company’s Choreographic Associates, Guillaume Côté, Alysa Pires and Robert Binet. Directed by acclaimed Canadian director Ben Shirinian and produced by Mr. Shirinian and Jared Cook of Lookout, the films unfold in expansive spaces that subvert the state of confinement brought on by the pandemic, heralding hope for a brighter future.

Ben Shirinian is an award-winning writer, director and producer. In addition to creating the Lost in Motion films with Principal Dancer and Choreographic Associate Guillaume Côté, Ben served as Multimedia Director for IMPERMANENCE, a new media ballet installation that premiered in Florence, Italy. Ben is currently attached to direct the feature Land of Decoration written by Andrew Lanham, adapted from the book by Grace McCleen.

Guillaume Côté created Lulu for his wife and fellow Principal Dancer Heather Ogden. Set to music by Max Richter, with a musical introduction by Kevin Lau, and performed outdoors, Lulu captures a woman’s courage and strength as she moves away from her difficult past and comes to terms with saying goodbye. Lulu reunites Guillaume with Canadian filmmaker Ben Shirinian, who wrote and directed the Lost in Motion films featuring Guillaume’s choreography.

Guillaume Côté joined The National Ballet of Canada in 1998. He became a Principal Dancer in 2004 and was appointed Choreographic Associate in 2013. His choreographic works include Frame by Frame, Being and Nothingness and Le Petit Prince, his first full-length ballet. Mr. Côté is also Artistic Director of the Festival des Arts de Saint-Sauveur.

Born in Germany, Max Richter is an influential composer and musician renowned for combining classical tradition with electronic and contemporary music. His high-profile solo work and compositions for stage and screen include scores for the British television shows Black Mirror and Peaky Blinders and for the Golden Globe-winning film, Waltz with Bashir.

Kevin Lau is one of Canada’s most active young composers and has created works for orchestra, dance and film. He composed the music for two previous ballets by Principal Dancer and Choreographic Associate Guillaume Côté, Le Petit Prince (2016) and Dark Angel (2017). His discography includes the JUNO award-winning Detach. 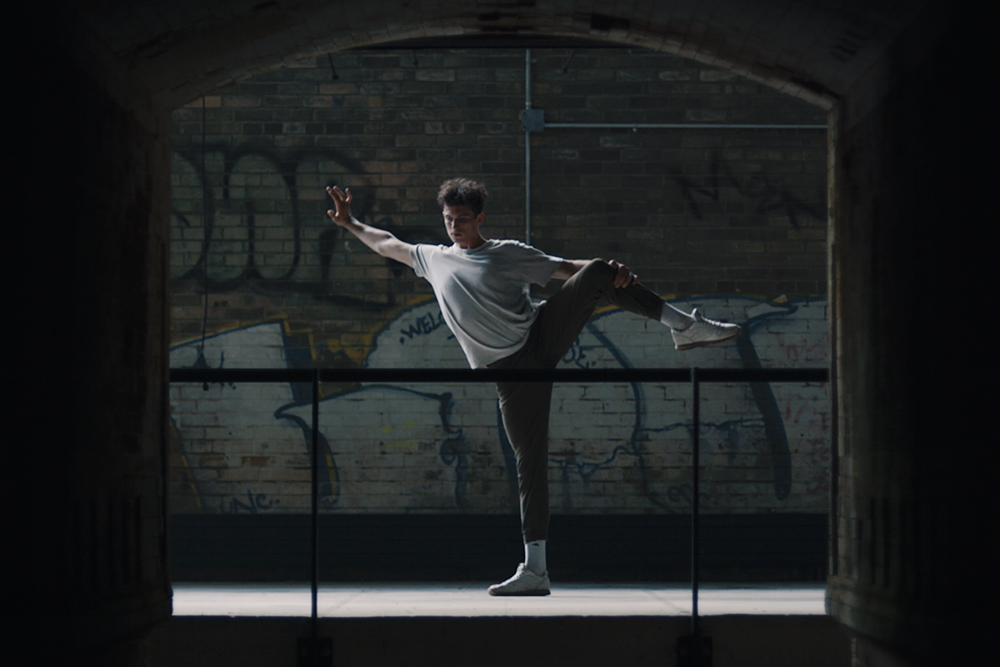 Praised as a “polished, cohesive ballet” in The Globe and Mail, In Between debuted with The National Ballet of Canada in 2018 with original music by Canadian composer Adam Sakiyama. Choreographer Alysa Pires has now adapted the piece for film, focusing on a single dancer, Second Soloist Christopher Gerty, rather than the original cast of four, reimaging the choreography as a poignant solo. Inspired by the pull between two places, In Between conveys a sense of yearning and restlessness that feels especially prescient in the context of the coronavirus pandemic.

Born in Victoria, B.C., Alysa Pires is an alumna of The National Ballet of Canada’s Choreographic Workshop and has created works for such companies as Ballet Jörgen, Canadian Contemporary Dance Theatre and Los Angeles Opera. Her company, Alysa Pires Dance Projects, made its full-length debut with Exterminating Angel at the Toronto Fringe Festival in 2016.

The Composer: Toronto-based composer Adam Sakiyama has composed widely for theatre and dance, including works for The National Ballet of Canada, Guild Festival Theatre, Annex Children’s Theatre and the Toronto Fringe Festival. He is an alumnus of the BMI Lehman Engel Advanced Musical Theatre Writers’ Workshop

Robert Binet created Lake Maligne for Company Wayne McGregor in 2012, taking his inspiration from the landscape paintings of Lawren Harris. In this new adaptation, Lake Maligne moves outdoors in a natural, light-infused setting that reflects the deep connection to nature in Harris’s work. Robert worked with First Soloist Spencer Hack to reframe the piece as a solo at Toronto’s Evergreen Brickworks. Lake Maligne was the jumping off point for Robert’s immersive dance piece The Dreamers Ever Leave You, which premiered at the Art Gallery of Ontario in 2016.

Toronto-born Robert Binet was appointed Choreographic Associate of The National Ballet of Canada in 2013 following his apprenticeship with Wayne McGregor, Resident Choreographer of The Royal Ballet. Robert has created new work for ballet companies worldwide and in 2018, he launched CreativAction for the National Ballet, a collaborative programme for Canadian choreographers.

Norwegian composer and musician Arve Henriksen is renowned for his moody, ethereal trumpet playing and skilled improvisation, often taking his inspiration from nature. He has composed and commissioned music for festivals, films and documentary programs and has released over 140 records of his work.

In the early 1990s, American singer and songwriter Bill Callahan used basic home-recording techniques to release his eclectic brand of lo-fi indie music under the band name Smog. His sound was repetitive, discordant and replete with his baritone vocals. Today, he works with independent record label Drag City.

Expansive Dances is made possible by the generous support of The Delaney Family Foundation and Sans Limites.

The National Ballet of Canada presents Expansive Dances in partnership with Evergreen.

Lake Maligne and In Between filmed at Evergreen Brick Works.
Supported by Bank of America as part of Evergreen’s 2020 Cultural Performing Arts Series.