Little Pear Garden Dance Company develops and promotes Chinese dance in Canada through the production and presentation of performances, lectures, workshops, demonstrations and exhibitions, locally and nationally, creating an environment that supports Canadian artists practicing both Chinese traditional and contemporary artistic expressions. They aspire to develop a distinct voice in the opera and dance ecologies and to be the premier Chinese performing arts company in Canada featuring professional artists, innovative programming, stimulating workshops, and creative new works that reflect passion, honesty, integrity and excellence. 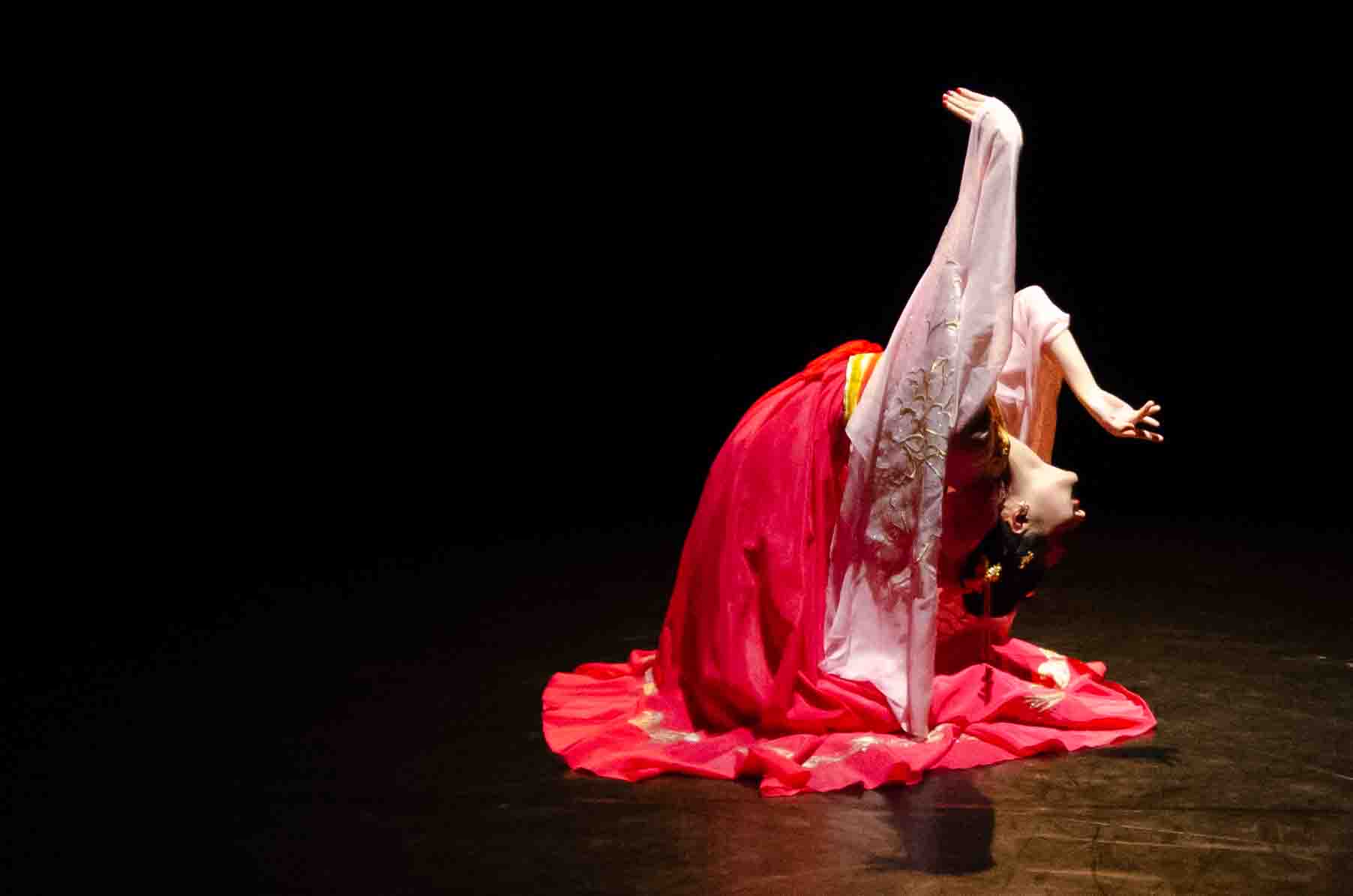 Open Rehearsals in the Outdoor Studio
What Little Pear Garden Dance Company will be working on:

Emily Cheung is an educator, performer and choreographer. She received her B.F.A., B. Ed. and M.A from York University specializing in dance. Most of her training was completed in China, Hong Kong, the United States and Canada. She is recognized as one of the leaders in cross-cultural exchange and liaison with foreign artists practicing traditional and contemporary Chinese dance in Toronto. Emily also received an award as one of the ten “Voices of Chinese Canadian Woman” in Ontario during the 150th Anniversary celebration of Canada. Artistic Director of Little Pear Garden Dance, she specializes in both Chinese Classical dance and Chinese Contemporary dance. Emily is involved in preserving traditional Chinese dance, creating contemporary dance that honours Chinese traditions and collaborating with artists from other disciplines and ethnic backgrounds to create works with unique aesthetic sensibilities.

Fang Wang completed both her undergrad and master programs at the Beijing Dance Academy, specializing in choreography. In the past decade she has devoted her efforts to the teaching and choreography of Han Tang classical dance (Han dynasty and Tang dynasty). She has authored and published many textbooks in related subjects. Her curriculum and courses at the Bejing Dance Academy garnered awards for national excellence. Fang was part of the planning and production of several full length dance dramas and theatre productions.

Cynthia Qin, B. A. graduated from the China Conservatory of Music in Beijing. She has successfully developed her own distinctive performance style that is skillful, soft in timbre and brilliant with exquisite expression for both traditional and modern music. Her persistence has also brought honors: she performed in the Opening Ceremony of the 2008 Beijing Olympics and acted as a demonstrator on CCTV’s show. After she immigrated to Canada, Fang performed in a Lesson of Da Ji, a production by Canadian composer Alice Ho, she joined Ron Korb in a CD recording and was invited by David Buchbinder to join The Ward Cabaret, becoming the sole Chinese instrument musician on the music drama.

Yi Yuan is one of the soloists of Little Pear Garden Dance Company and holds the role of Assistant Production Coordinator. She began her Chinese dance training at a young age at the Beijing International Arts School, specializing in both classical and contemporary Chinese dance styles. A professional performer and experienced dance educator with a BFA at York University, where she is completing her MA in Dance, Yi’s enthusiasm and motivation in Chinese dance have informed her research interests, focusing on the transmission and the evolution of Chinese dance in Canada.

Jiapei Ma finished her bachelor degree in dance and received a certificate of teaching in Guangzhou South China Normal University, where she studied Chinese classical dance, folk dance and contemporary dance. Her choreography was awarded excellence from the Hong Kong Dance Federation, and was showcased in Beijing’s dance festival. She is also an experienced dance instructor.

Koren began her training at the age of 11 as a martial artist. At 18, she was introduced to Chinese dance as part of her cross-training in competitive martial arts. Discovering her love for dance, Koren went on to train in ballet, jazz and contemporary dance. She debuted with Little Pear Garden Dance Company in 2018. Koren is currently a medical student at the University of Toronto and hopes to combine her passion for both medicine and dance in a career as a sports medicine physician with a focus on serving the needs of dancers in Canada.