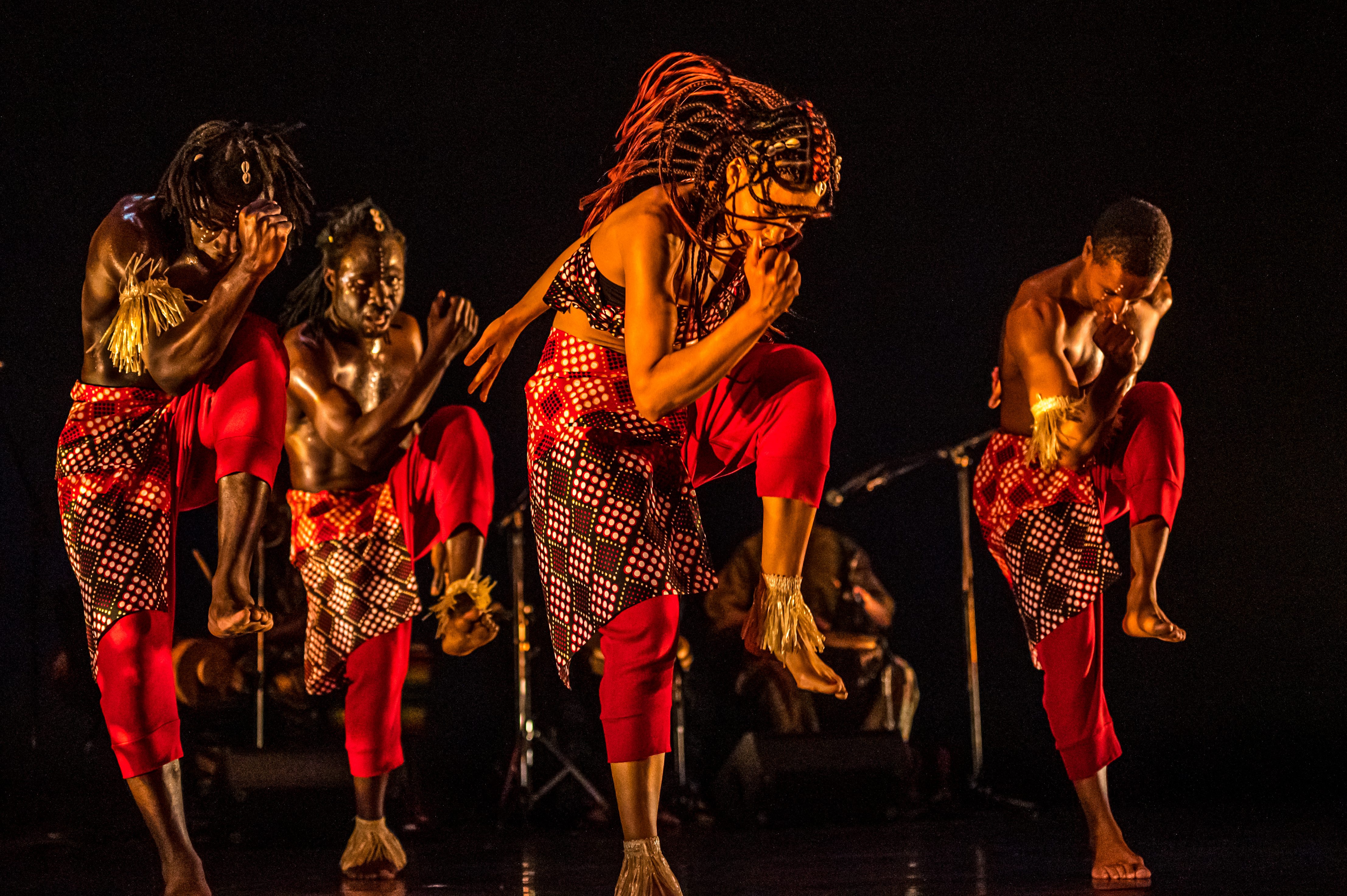 Open Rehearsals in the Outdoor Studio
What Lua Shayenne Dance Company will be working on:

With our world in turmoil, Onyame (the supreme deity, the giver of light, the unknowable and all-knowing) entrusts three ancestral beings (Waves: Light, Trust and Deeds) with a task to bring unity to humanity. Through dance, music and text inspired by the Bahá’í Writings, African mythology and movement, Waves | Vagues draws us into the world of the metaphysical, reminding us of our connectivity as humans to a world not seen and often forgotten.

Lua Shayenne, Hunter Dance Award nominee, weaves stories through dance, song and word. Her art practice is embedded in her African roots and her faith. Her goal is to “effect a spiritual conquest” by establishing a relation with human hearts and create original, inspiring and relevant art. As the Artistic Director of Lua Shayenne Dance Company (LSDC), Lua commissioned, produced and danced in the Dora nominated KIRA, The Path | La Voie (Luminato Festival & Ontario tour). She is the creator and performer of the dance theatre children series Tales and Dances Around the Baobab (2022 premiere) and she tours with Lars Jan’s (NYC/LA) HOLOSCENES (Toronto/Florida/Miami/New York/London, UK/Abu Dhabi/Australia tours), a multidisciplinary water installation on climate change. She was recently featured in Fall For Dance North, Dusk Dances/Canadian Stage in High Park, JAMII’s eclectic programming including SEVEN, The Wedding Part II and is co-choreographer for Canada’s National Ballet School’s Sharing Dance 2021. A recipient of the 2013 BMO Seeds Fund Award for Artists working in community, Lua brings African dance, music, storytelling and culture to grassroots organizations and schools and loves to produce engaging programming.

Rose-Mary “Rosie” Harbans is a Caribbean-Canadian multifaceted performer from Toronto. From a young age, her Caribbean heritage infused her with a passion for vibrancy, rhythm and storytelling. Her compelling stage presence and natural ability to capture an audience has propelled her into a dynamic career. Rosie has forged her own path in Toronto’s dance industry, forming connections with renowned local dance artists including Cora Kozaris (CARNÉ), Shameka Blake (Ashes), and Caroline Torti. She was also featured in the film A Revolution of Love, choreographed by Esie Mensah and directed by Weyni Mengesha (Soulpepper/ City of Toronto).

Emilie Jabouin, “Zila” for stage, is a multifaceted and intuitive dance artist and researcher who grounds her contemporary dance practice in Haitian folklore (drumming, song and dance). Committed to social transformation and justice, Zila uses dance to heal body-mind-spirit and tell stories of hope and power for liberation.

Born and raised in the greater Toronto area, Aaliyah Garcia has spent over 15 years active in the dance industry. She obtained a BA, from Ryerson University's School of Performance, performing works from choreographers such as James Kudelka, William Yong and Alysa Pires. Professionally performing since age 16, Aaliyah has worked for companies such as Ballet Creole, Citadel + Compagnie (Coleman Lemieux & Compagnie) and most recently, Lua Shayenne Dance Company.

Renee Smith is an Ontario based artist who trains and teaches in various styles such as Contemporary, Modern, Ballet, Jazz, Acro, Tap, Hip Hop, and Fusion Styles. She has performed and choreographed in NYC, Toronto, for galas, television and the film industry. She continues to explore and translate new ways of moving in both practices while sharing her love and knowledge with others. A recent graduate from Ryerson with a BFA in dance, Renee continues to strive towards positive practice and challenges herself and other dancers to step outside of their comfort to find information that will carry into their own artistry.

Benjamin Maclean was born into a musical family and started playing bass and guitar at the age of 12. With a Bachelors degree in jazz performance from Humber College, Ben currently works as a producer, composer, songwriter and guitarist in a diverse range of genres.

Walter Maclean was born in Germany to a Ghanaian father and a German mother. He began his professional career as a drummer and percussionist at the age of 17. He studied traditional drums with Adja Addy, Nippy Noya and the contemporary drum kit with Rick Gratton. Walter moved to Canada in 1995 and has played traditional music with Ballet Creole, Coba, Lua Shayenne Dance Company, Newton Moraes, Alpha Rhythm Roots and Amadou Kienou. He has also toured and recorded contemporary music with Kobotown, Calypso Rose, African Guitar Summit, Donné Roberts, Kingsley Etienne Trio and Karen Lovely.

Cécé Haba hails from Guinea, W. Africa. His passion for percussion (djembe and dundun) led him to study the traditional rhythms of his culture. Cécé has performed with Lua Shayenne Dance Company at Dusk Dances, City of Toronto’s Canada Day, Centre Canadien pour l’unité de la famille, La Maison, Jamii and more. He is the musician and composer of a new multi-disciplinary children’s work, Yassama and the Beaded Calabash, co-developed by Wee Festival and Théâtre Français de Toronto, premiering in 2022. Cécé accompanies dance classes for artists such as Pulga Muchochoma, Newton Moraes and Lua Shayenne.