King Florestan and his Queen attend the christening of their baby daughter, Princess Aurora, where they are interrupted by the evil fairy Carabosse. Angered that she was not invited to the christening, Carabosse tells the court that Princess Aurora will one day prick her finger and die. The gentle Lilac Fairy amends the curse, promising that Aurora will not die but rather fall asleep for a hundred years, until she is kissed by a prince.

Rudolf Nureyev trained in Leningrad (now St. Petersburg) before joining the Kirov Ballet, gradually distinguishing himself as one of the great male dancers of his generation. After defecting from the Soviet Union, he formed an historic partnership with Margot Fonteyn. He was Artistic Director of Paris Opéra Ballet from 1983 to 1989 and its Principal Choreographer until 1992. 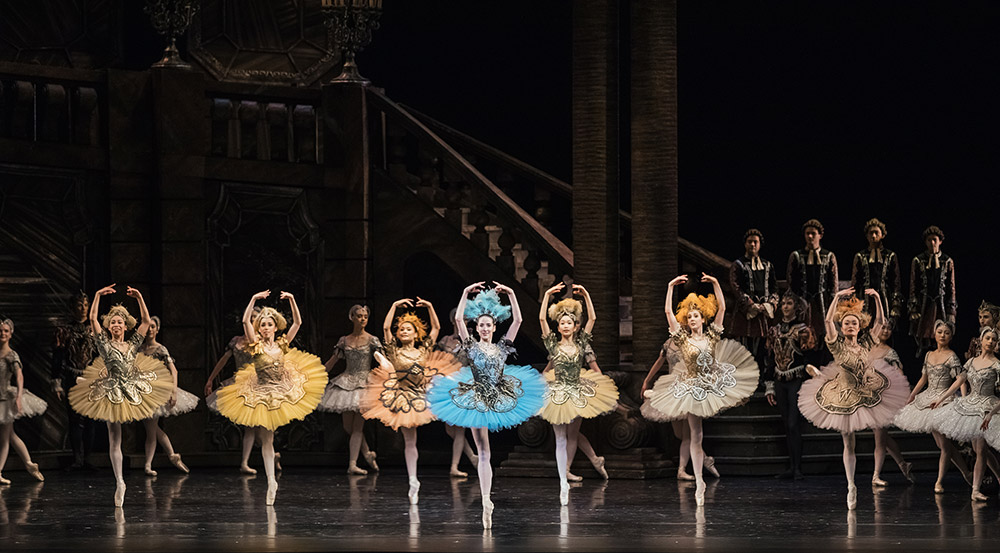 “I have seen many 'Sleeping Beauties,' but never a finer one than this moving and beautiful production....This is a company of strength at every level.” —The Washington Post

“Dazzling… the National Ballet glitters in this gem of a production.” —The Globe and Mail

“ ★★★★/4 With such dancing this Beauty never slumbers.” —Toronto Star

* Debut
All casting subject to change.

Staged by:
Karen Kain, C.C., LL. D., D.Litt., O Ont. and the Artistic Staff of The National Ballet of Canada