Canadian choreographer Crystal Pite created Angels’ Atlas for The National Ballet of Canada in March 2020 to rapturous reviews. The ballet unfolds against a morphing wall of light that carries the illusion of depth and a sense of the natural world. Here, the dancing body becomes a sign of humanity’s impermanence and – equally – its vitality within a vast, unknowable world.

Set to original music by Owen Belton and choral pieces by Pyotr Ilyich Tchaikovsky and Morten Lauridsen, Angels’ Atlas is a profound new work from one of the world’s leading contemporary choreographers.

Created in 1934, Serenade was George Balanchine’s first original ballet created in the US and one of many he set to the music of his beloved composer Tchaikovsky, in this case the beautiful, mournful Serenade for Strings, Op. 48. Today, Serenade is an iconic Balanchine work, especially for its unforgettable opening scene – an ensemble of women standing together, heads turned, one arm raised to the sky. 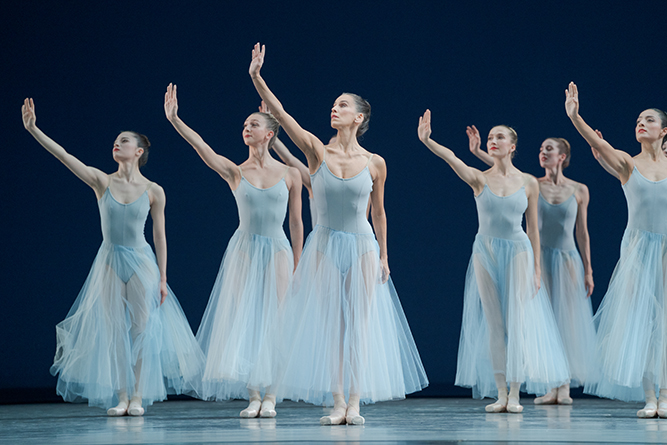 The late 19th-century Russian composer Pyotr Ilyich Tchaikovsky created some of the most popular works in the classical repertoire, particularly his three full-length scores for ballet: Swan Lake, The Sleeping Beauty and The Nutcracker. His body of work includes full-length operas, symphonies and concertos. 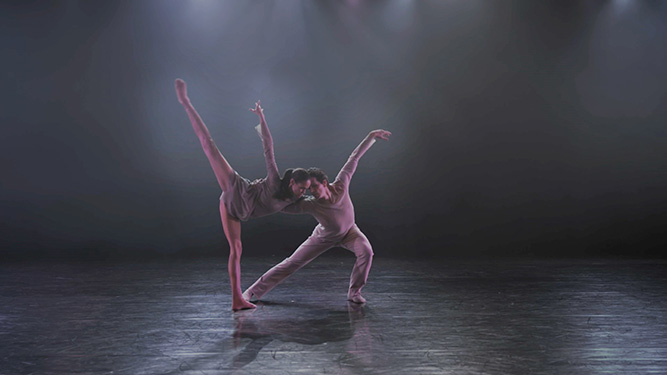 In lieu of intermission, the National Ballet will screen Soul, a beautiful work created for film by Canadian choreographer Jera Wolfe for the company’s virtual season in 2020/21. Soul explores the insular beauty of personal relationships through two duets set to the same piece of music, All Human Beings by Max Richter. The film, directed by Paul McNulty, was edited to show only half of each six-minute duet, leaving the remainder of the choreography unseen. This reinforces Wolfe’s theme that every relationship is a world unto itself and can never truly be known from the outside. This poetic film features Principal Dancer Guillaume Côté and First Soloist Tanya Howard, and Principal Dancers Harrison James and Ben Rudisin.