Founded by choreographer Hanna Kiel, Human Body Expression (HBE) strives to break the mold of traditional dance aesthetics to create hybrid movement forms and cultivate artistic individuality. HBE seeks to tell stories and explore narratives that pulse from the very heart of human feeling, that are touching, arousing, disturbing, exciting, and everything in between. HBE’s artists embody the raw and chaotic force of human emotions to impact audiences on a visceral level. Drawing on the ever-evolving distinctive personal dance style that Hanna has developed over more than two decades as a dance professional, HBE aims to present technically strong and accessible choreography with high production values, inspiring audiences of all backgrounds to become more engaged with dance. 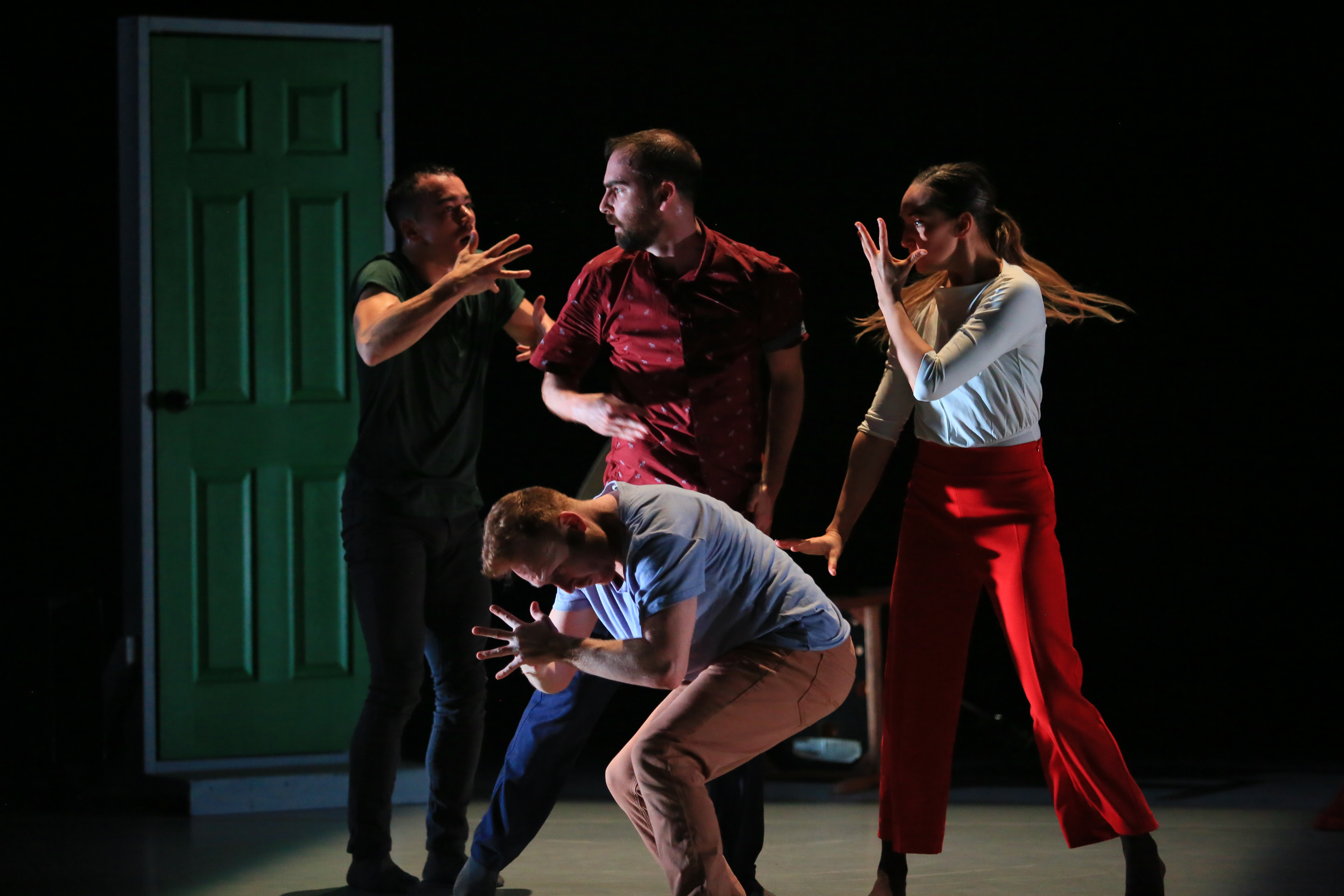 Open Rehearsals in the Outdoor Studio
What Human Body Experience will be working on:

Homophones (working title) is about finding the relationship between two solos in the same space. Two dancers will be given the same movement task to create solo material and the choreographer will direct them in putting the two solos together into a duet. In this process, they will explore the same timing, speed and shapes of the movements from two very different styles of dance material.

Dora Award winner Hanna Kiel is from Seoul, South Korea and moved to Vancouver in 1996. She has presented her work at 12 Minutes Max, PlanB Singles and solos Festival, Dancing on the Edge Festival and Pulse at the Scotiabank Dance Centre in Vancouver. In 2007, she collaborated with Yoko Ono as a dancer and choreographer at the Centre A. Moving to Toronto in 2008, Hanna has continued choreographing for Rosedale Heights School of the Arts, Conteur Dance Academy, George Brown Dance, Ryerson Dances, School of Toronto Dance Theatre, Kenny Pearl’s Emerging Artist Intensive, IGNITE, ProArteDanza, Ballet Jörgen, Alias Dance Project, The National Ballet of Canada, Canadian Contemporary Dance Theatre, Toronto Dance Theatre, Dusk Dances and Decidedly Jazz Danceworks in Calgary. In 2012, she won Northwest Dance Project’s ‘Pretty Creatives’ international choreographic competition, she was an E-choreographer in 2015 for Springboard Danse Montreal, her piece Resonance won Audience Choice Award at Dance Made in Canada Festival in 2018 and Chasing the Path won the Best Work Award from New Dance International Festival in 2019 in Korea. Hanna is a resident choreographer at Canada’s Ballet Jörgen.

Independent Dance Artist Ryan Lee graduated from Ryerson University with a Bachelor of Fine Arts. He has been fortunate to have the opportunity to work with Emily Molnar, Guillaume Côté, Kevin O’Day, Stephen Pier, D.A. Hoskins, Darryl Tracy, Sharon B Moore, Julia Sasso and Menaka Thakkar. Ryan has worked for such companies as Human Body Expression, ProArteDanza, Toronto Dance Theatre, Kaeja d’Dance, Anandam Dancetheatre, inDANCE, Larchaud Dance Project, Transcendance, The Chimera Project and TOES for Dance. He has toured internationally and has been nominated for Dora Mavor Moore Awards for Outstanding Ensemble Performance in 2011 for In between by Roberto Campanella and Robert Glumbek and in 2018 for Chasing the Path by Hanna Kiel. Ryan has been commissioned to create works by ProArteDanza, Anandam DanceTheatre, ACE DanceTheatre, The Emerging Artist Intensive, Canadian Contemporary Dance Theatre, Ryerson University, George Brown College, Centennial College, Dance Ontario, Etobicoke School for the Arts and The School of Toronto Dance Theatre. In 2019 Ryan co-founded The Platform, a Toronto-based collective focused on artistic creation and collaboration.

Sully Malaeb Proulx is a Canadian dance artist currently based in Toronto. After training at the Canadian Contemporary Dance Theatre in Toronto, he pursued his dance studies at The State University of New York, graduating summa cum laude with a BFA in dance (2020). Since leaving for New York and returning to Toronto, Sully has trained and danced with artists from near and far, working with MADBOOTS DANCE (NY), Tom Weinberger (NY), Hanna Kiel (TO), D.A. Hoskins (TO), Lior Lazarof (IL) and other artists and independent creators. He continues to grow his roots in Toronto and is currently working on a CBC production Game Savers, as head of the art department.

Daniel Katsoras is an independent artist and musician with a background in performance and business. He has immersed himself in music and the arts, training at Berklee College of Music. He composed the score for the award-winning film by Kendra Epik, Sunglow Gecko, as well as her other films Abraxas and Colour Theory. Daniel has performed and composed music for a variety of artists including Hanna Kiel and musical productions of R.E.N.T and recently performed on the debut singles of emerging local artists, Page Nnawuchi and RON.