Giselle is the quintessential Romantic ballet with a haunting story of love, betrayal, madness and remorse that has captivated audiences since its Paris premiere in 1841. Nearly 180 years later, the title role is still among the greatest in the classical repertoire, demanding exquisite technique and emotional range in equal measure. The National Ballet of Canada performs the widely celebrated staging by Sir Peter Wright after Marius Petipa.

Giselle is a young peasant girl courted by two suitors: Hilarion, a local man, and Albrecht, a nobleman disguised as a villager. Giselle falls in love with Albrecht, not knowing that he is betrothed to someone else. When Giselle learns of his deception, she kills herself in a fit of madness. In death she is summoned by the Wilis, the ghosts of jilted women who threaten to dance their lovers to death. But Giselle’s love is so pure that Albrecht is spared. 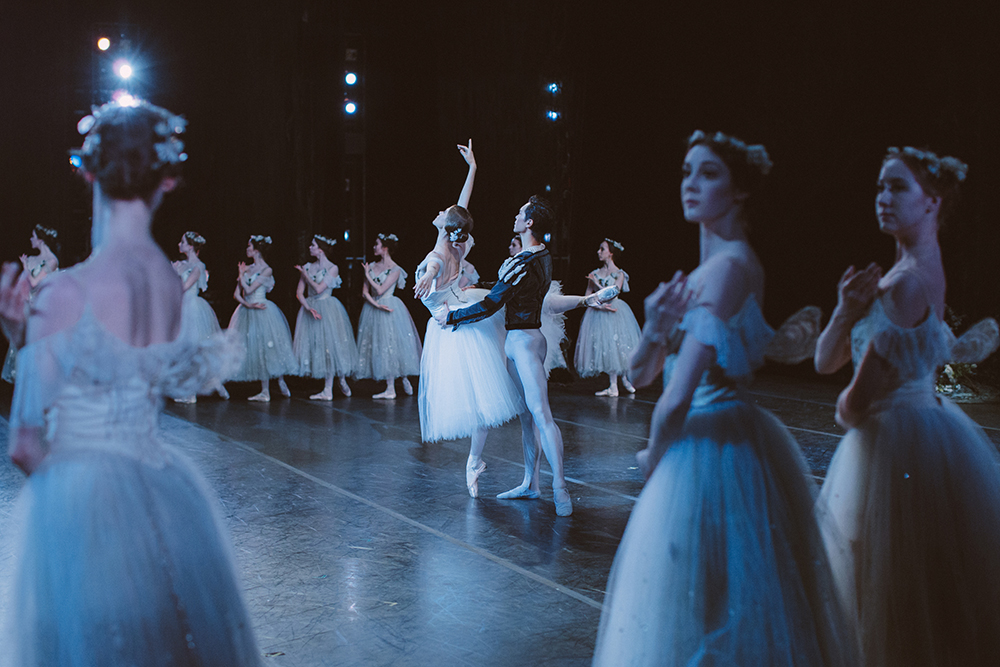 Sir Peter Wright has worked as a dancer, choreographer, ballet master and artistic director and is celebrated for his interpretations of the classics. His productions of The Sleeping Beauty, Coppélia, Giselle and The Nutcracker feature in the repertoires of top ballet companies around the world. He was made a Commander of the British Empire in 1985 and was knighted in 1993.

Born in Paris, Adolphe Adams was a prolific 19th century composer who created music for theatre and the stage. He collaborated on a number of comic operas, including the highly successful Le Chalet but is best known for his ballet scores for Le Corsaire and Giselle.

The Roles of Giselle and Albrecht

The History of Giselle

Choreography and Production:
Sir Peter Wright after the choreography of Jean Coralli and Marius Petipa
(Based on the book by Vernoy de Saint-Georges, Gautier and Coralli)

The Musicians of The National Ballet of Canada Orchestra.

Featuring: Heather Ogden, Jillian Vanstone, Tina Pereira, Artists of the Ballet, The Musicians of The National Ballet of Canada Orchestra.

Classical ballets like Giselle are a testament to the enduring power of the art form. Help support the National Ballet's dedication to performing these great works at the highest standards.